Michael R. Pence served as the 48th Vice President of the United States. Growing up in Indiana, he set off for Hanover College and earned his bachelor’s degree in history in 1981. He later attended Indiana University School of Law and practiced law after graduation. He also led the Indiana Policy Review Foundation, and began hosting The Mike Pence Show, a syndicated talk radio show and a weekly television public affairs program in Indiana. The people of East-Central Indiana elected Vice President Pence six times to represent them in Congress. His colleagues quickly recognised his leadership ability and unanimously elected him to serve as Chairman of the House Republican Study Committee and House Republican Conference Chairman. In 2013, the former Vice President left the nation’s capital when he was elected as the 50th Governor of Indiana. During his presidential campaign, Donald Trump selected Mike Pence as his running mate in July 2016. The American people elected Donald Trump as President and Mike Pence as Vice President of the United States on 8 November 2016. They entered office on 20 January 2017.

Retrospect of a Vice-President of the United States

Former Vice-President of the United States Michael Pence addressed turbulent concurrent events and aspects of their past administration. While we live in times of great challenge, he posits, he believes we can overcome anything with the right leadership. He expresses pride in the accomplishments on the Trump-Pence administration, including the strong and vibrant relationship between Switzerland and the US, citing a plurality of economic benefits as a result thereof. He follows with a strong condemnation of the US withdrawal from Afghanistan, lamenting the lack of strength backed by military might shown by the Biden administration. He ensures however, the that US will remain a beacon for freedom for the rest of the world, most notably referring to China as the greatest threat to the economic wellbeing of the US as well as Europe. While not outright admitting the 2020 elections were manipulated, Pence does stand by the fact that the government interpreted and enacted the will of people. 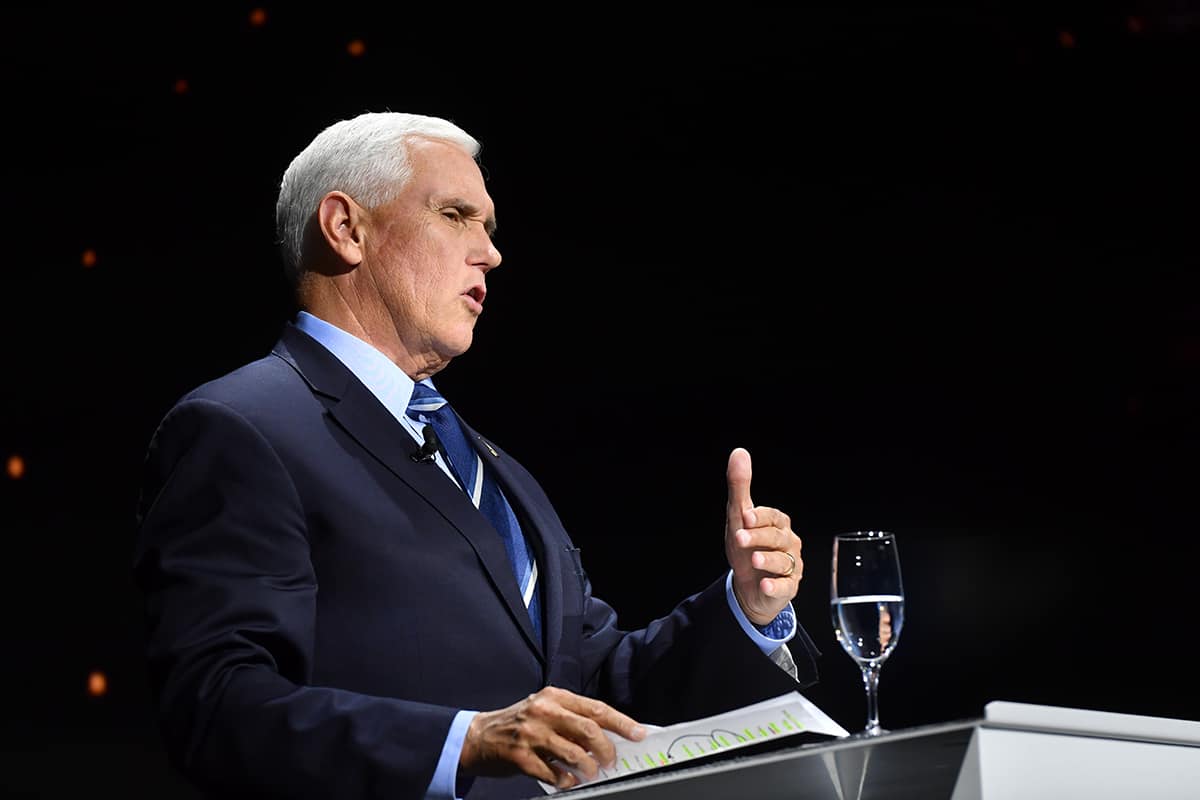 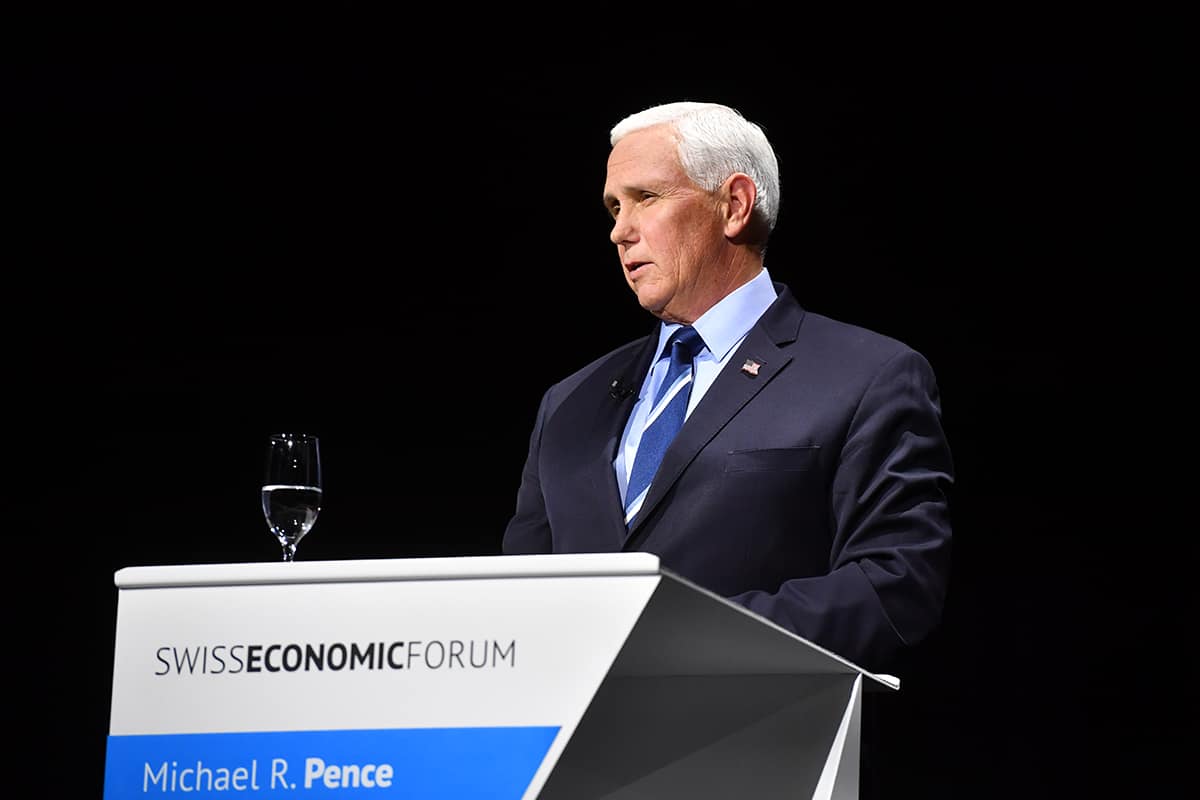 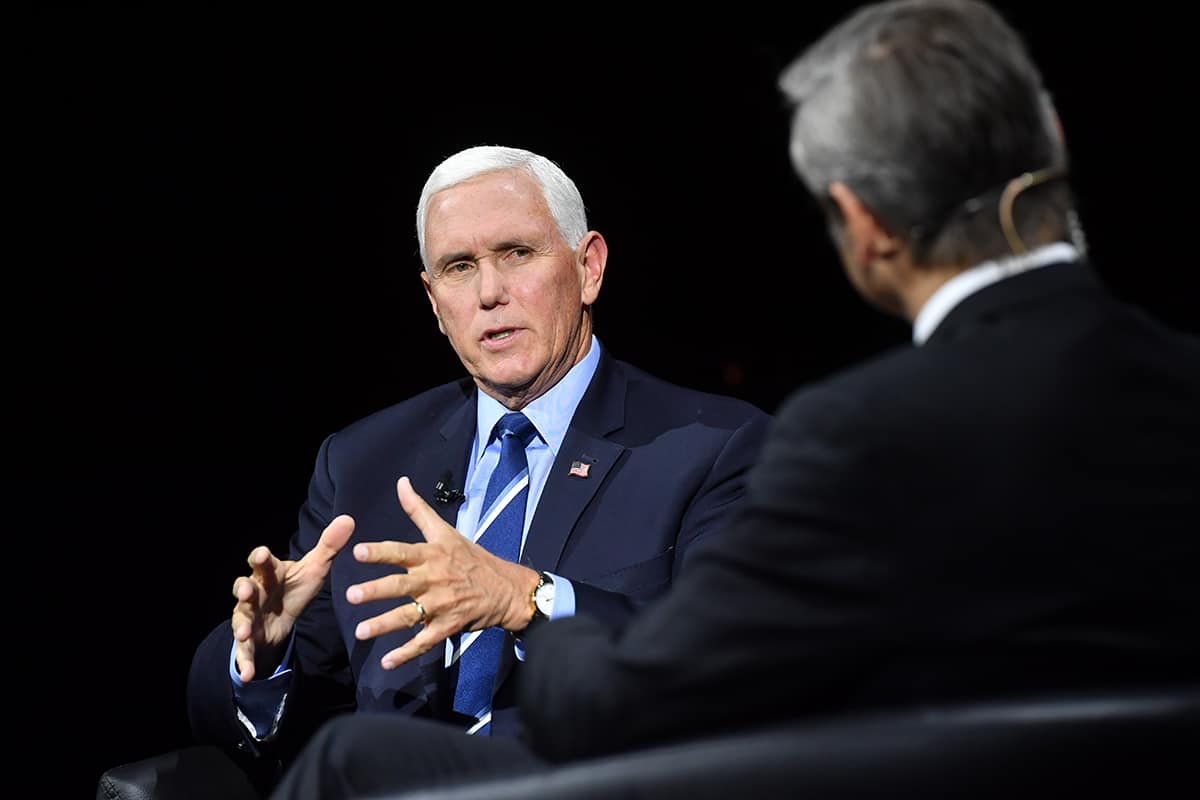 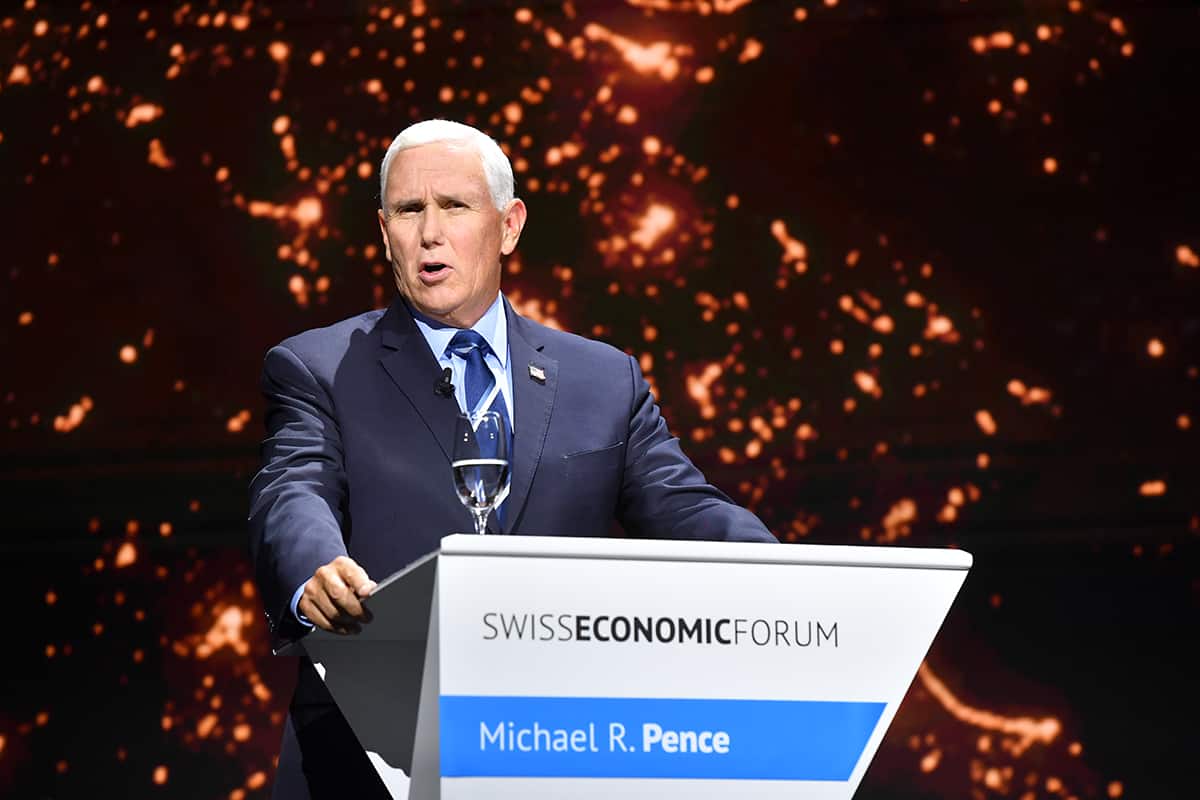